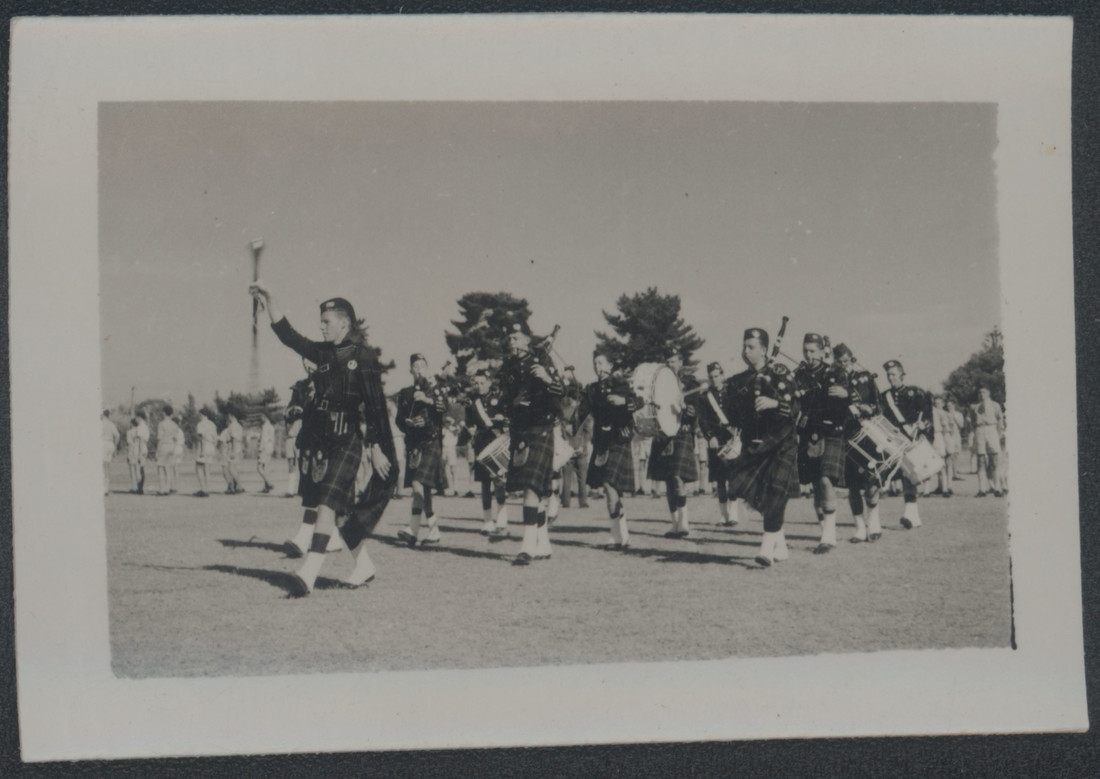 A 1954 photograph of the Scotch College Pipe Band photograph led by Ned Gmeiner OSC1953 Drum Major.
The Pipers most likely taking part in a House Athletics Parade on the Playing Fields. The image was taken by Geoffrey McMullen OSC1956.