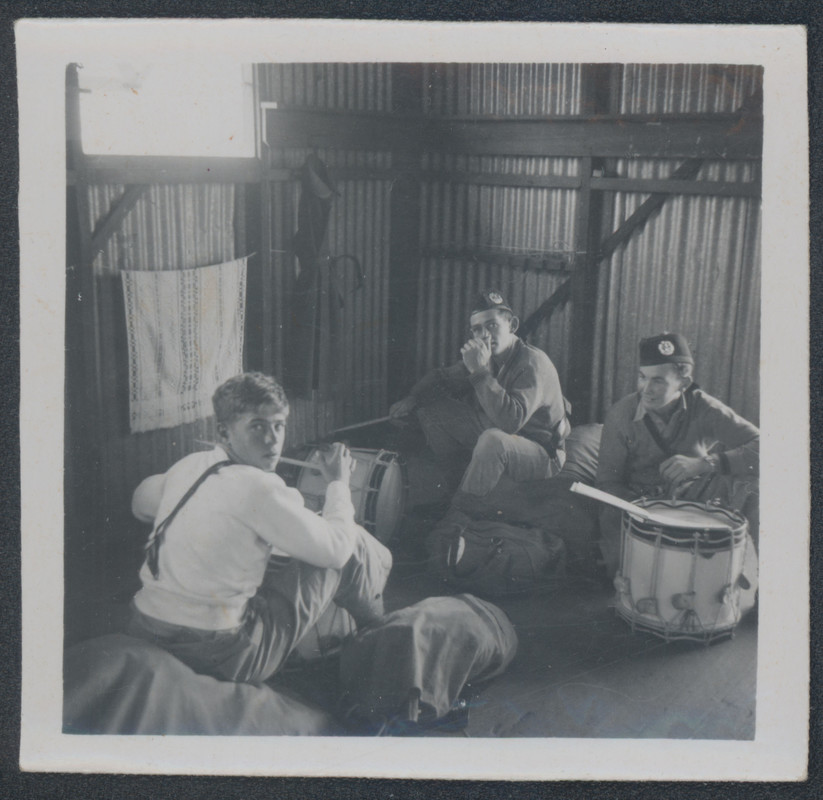 A photograph taken at the 1955 Northam Ary Camp featuring Cadet Officers Tony Larard OSC1956, Geoff Black OSC1956 and Don Mazzucchelli OSC1956. The students are holing their Pipe Band drums inside the Army shed. The image was taken by Geoffrey McMullen OSC1956 who took part in the Cadet Camp.