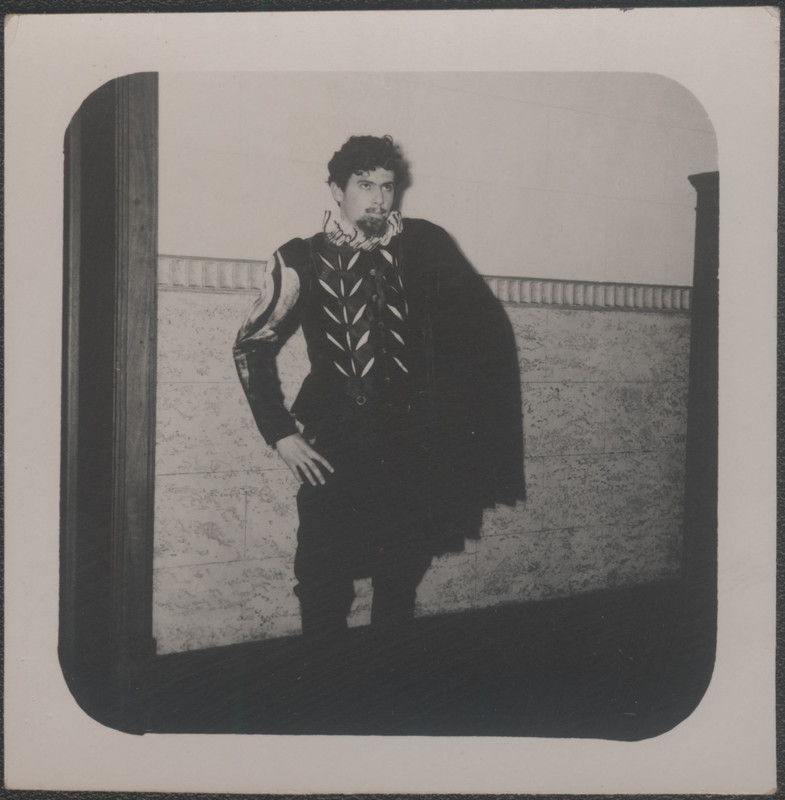 A photograph taken of Russell Hudson OSC1956 who is dressed in costume for the 1956 Dramatic Society Play production titled 'Spring 1900'. The image was taken by Geoffrey McMullen OSC1956 who took part in the Cadet Camp.