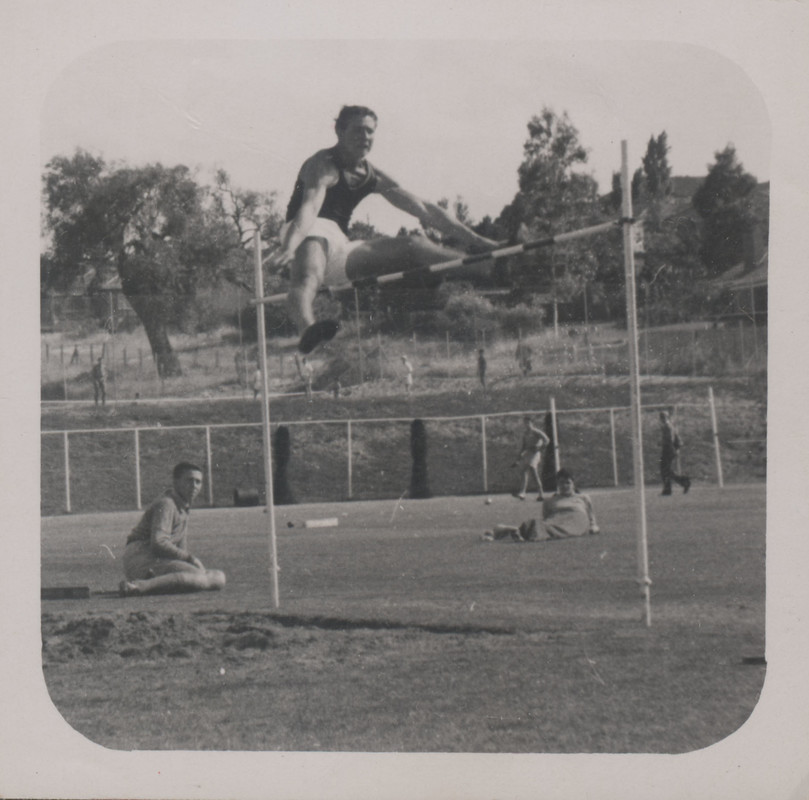 A 1956 House Athletics competition photograph taken on playing fields featuring Peter Butterworth OSC1956 performing Hi-jump. Scotch College students can be seen sitting in the background awaiting their turn. The image was taken by Geoffrey McMullen OSC1956 in his leaving year.