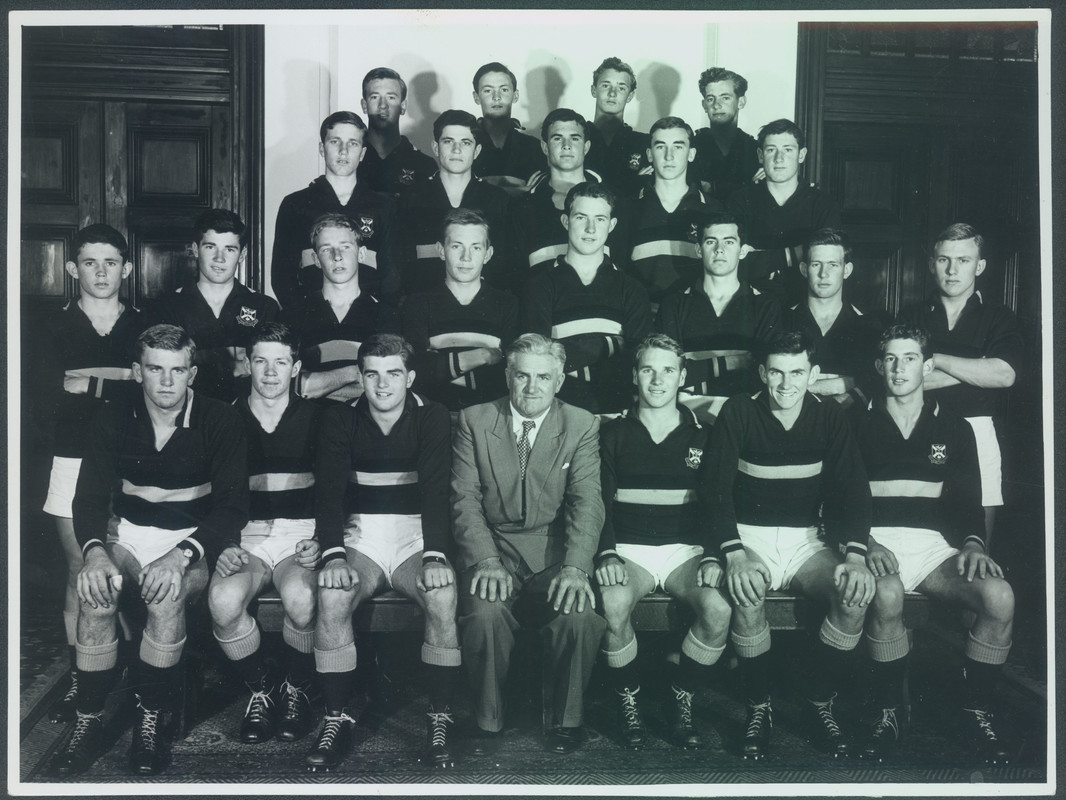 The photograph features the 1956 Football Team Eighteen XVIII which played in the Public Schools Association (P.S.A.) games. The students are pictured wearing their football uniforms featuring a woollen Scotch College jersey pictured in the foyer of Collegians House.

The photograph features from (left to right):