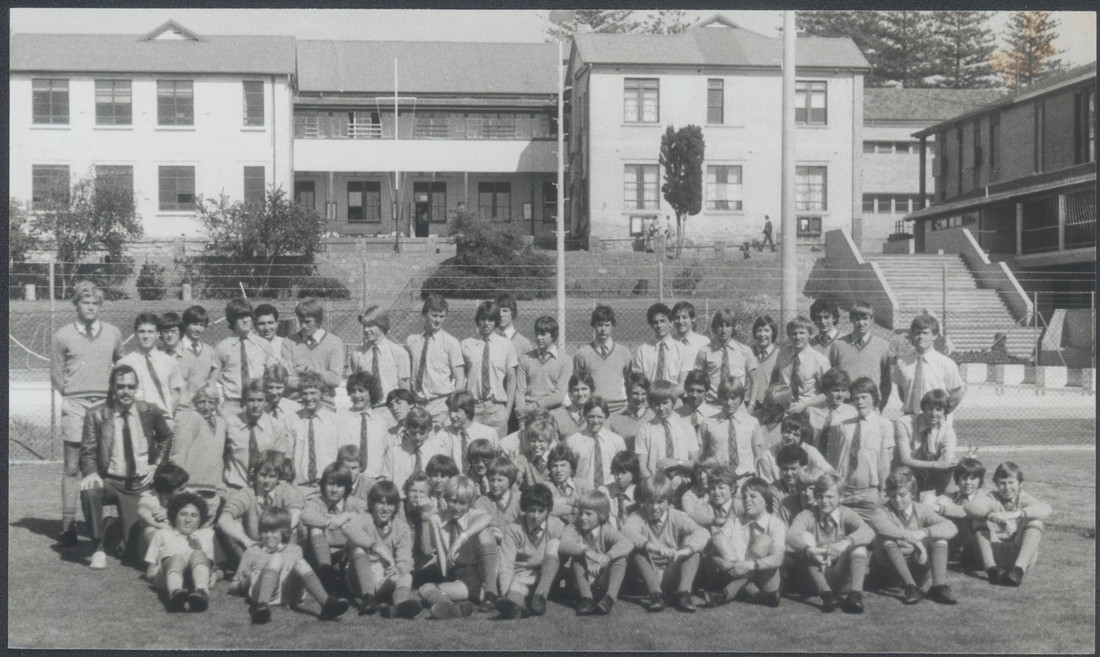 A photograph of the 1981 St Andrews House in front of Senior School campus pool on Top Oval.

House Captain Angus Baird OSC1981 wrote in the Reporter for that year a review of St Andrews House:

"This year saw some good achievements for the House. We came fourth in the senior (Yrs 10-12) cricket and football competitions and third in senior hockey. St Andrews House potential was shown as we gained second place in both junior football and rugby.

The general standard of marching improved slightly this year. In the past there has been talk of a jinx, upon the House in this area. I believe the judges give us a relatively poor position out of habit, but there is still much room for improvement!

One disappointment for the year was the non-advent of the inter-House singing competition which St Andrews was eagerly awaiting. Hopefully next year it will be re-introduced as we believe it to be a very worthwhile House event. In some Houses the singing competition is regarded with contempt. I think this
can be attributed to "peer group pressure" which makes everyone afraid to show they enjoy singing. We are very fortunate in St Andrews to be without this kind of harmful pressure.

This year we managed sixth in the inter-House athletics. Congratulations must be given to Peter Owens and Simon Jackson who broke records. Although we had more than our fair share of top athletes we were let down by a minority who did not bother to participate in the athletics standards. This
apathy extended in some other areas of House competition.

The strength of the House system is that everyone gets a chance to participate, no matter what his ability. However, some people are too lazy to join in. The fact that this results in a worse position for the House really is of consequence. The bad thing
is that these people do not realise the enjoyment they are missing. Participate!

My thanks go to Lindsay Hood and all the other Year 12's, each of whom helped in some way with the management of the House. Thanks also to our Housemaster, Mr Heptinstall, and Assistant Masters, Messrs Cooper, (Tony) Marrion, Punch, Roberts
and Robertson for their support. Best of luck for the years to come.