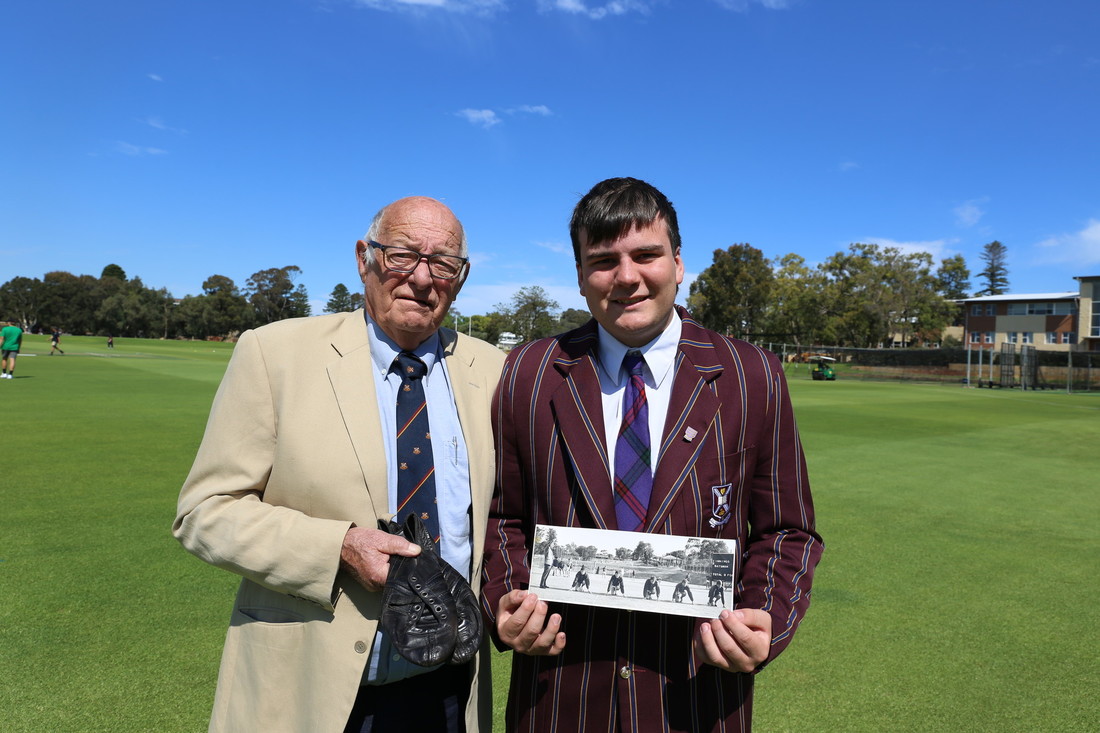 A photograph of John Silcock OSC1964 with grandson Tom Anderson OSC2021 at the Gooch Pavilion taken the day before Tom's year 12 March Out on the Thursday the 13th of October 2021 at 3pm.

John and Tom are holding John's archival donation featuring hand made black leather athletics running shoes, made in Fremantle by a German migrant shoe maker, who used to make the fastest boots in town an the 1960's and a photograph of John and peers lined up on the playing fields practising for the Public Schools Association Interschool Athletics carnival. John was trained under "Ocker" Austin Robertson and was the first school boy to break the 10 second 100yard record in Western Australia running the second division at Perry Lakes stadium. John only held the record for a few seconds as his peer running in division 1 broke his record moments later. The shoes he ran in to win this momentous record are featured in the photograph, back at the Gooch pavilion where they once ran.