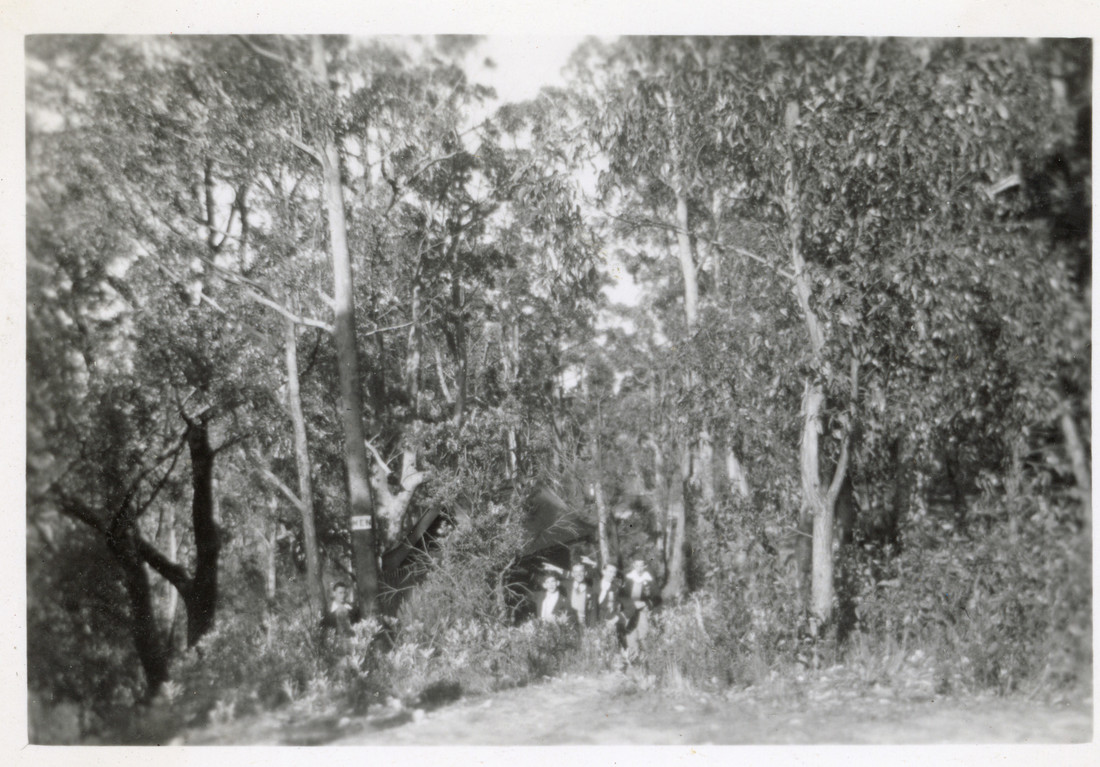 The photograph depicts the August 1950 train journey from Perth to Adelaide, taken part of the Scotch College First Football Team XVIII student tour. A student has taken images of the bushland witnessed on the train journey from Western Australia to South Australia in August of that year.

Image 58 of album. The student who curated the album is unknown.